As usual, I completely missed the National Day of Prayer (NDP), held this year on May 6.

I have no interest in celebrating either public religion or assaults on the Constitution — and the NDP ill-advisedly honors both. 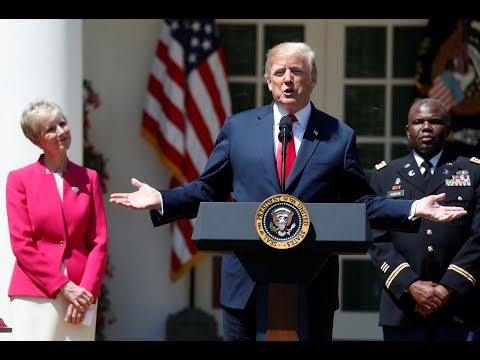 Since the special day was established when President Harry Truman signed a congressional proclamation to that effect in 1952, and President Ronald Reagan amended it to make it the first Thursday in May each year, America has been saddled with this patently unconstitutional observance.

Note that the First Amendment to the U.S. Constitution states that “Congress shall make no law respecting an establishment of religion.” The Legal Information Institute (LII) of New York’s Cornell University explains that,

This interpretation would seem to unambiguously prohibit the federal government from formally establishing, under law, a special day annually promoting religious prayer for the entire populace, which includes atheists, thus necessarily “preferring religion over non-religion.”

But there are complexities in how U.S. courts, including the Supreme Court, have interpreted the First Amendment, as judges and justices seem to wrestle with the historically prominent and continuing presence of mainly Christian faith in American life.

LLI partially summarizes these trying legal issues in this long but clarifying passage on its website:

“Although some government action implicating religion is permissible, and indeed unavoidable, it is not clear just how much the Establishment Clause tolerates. In the past, the Supreme Court has permitted religious invocations to open legislative session, public funds to be used for private religious school bussing and textbooks, and university funds to be used to print and public student religious groups’ publications. Conversely, the Court has ruled against some overtly religious displays at courthouses, state funding supplementing teacher salaries at religious schools, and some overly religious holiday decorations on public land.

“One point of contention regarding the Establishment Clause is how to frame government actions that implicate religion. Framing questions often arise in the context of permanent religious monuments on public land. Although it is reasonably clear that cities cannot install new religious monuments, there is fierce debate over whether existing monuments should be removed. When the Supreme Court recently considered this issue in Van Orden v. Perry, 545 U.S. 677 (2005), and McCreary County v. ACLU, 545 U.S. 844 (2005), it did not articulate a clear general standard for deciding these types of cases.”

What further muddies the waters is that, although the courts seem to try in good faith in carefully wading through through Constitution contingencies and the nation’s diverse and traditionally significant religious heritage, evangelicals are energetically and disingenuously using National Prayer Day to promote public religion.

A nearly seamless collaboration between U.S. government and Christian evangelicals has coalesced around this prayer day.

For instance, reading a May 2 edition of Newsweek magazine, I noticed this paragraph:

Except that the National Day of Prayer website referenced is run by a private cabal of Christian Right evangelicals. What the website calls the National Day of Prayer Task Force is led Dr. Ronnie Floyd, its president since 2017, who is also president and CEO of the Southern Baptist Convention’s Executive Committee. His predecessors in leading the task force include Anne Graham Lotz, daughter of the late Rev. Billy Graham, a world-famous global evangelist; Shirley Dobson, wife of Focus on the Family founder Dr. James Dobson; and Vonette Bright, wife of Bill Bright, founder and president of Campus Crusade for Christ.

To the average American, the task force and its website would seem to be government-run, when they in fact exist for full-fledged evangelical outreach, using a government-sanctioned day and fuzzy boundaries as a springboard.

This is the opposite of what the Founders had in mind for the secular government they sought to create.

The NDP Task Force appears not to understand many of the Founders’ deep wariness of religion infiltrating and influencing American government. On its website page explaining what the organization is “about,” this 1808 Thomas Jefferson quote is spotlighted:

“Fasting and prayer are religious exercises; the enjoining them an act of discipline. Every religious society has a right to determine for itself the time for these exercises, and the objects proper for them, according to their own particular tenets; and right can never be safer than in their hands, where the Constitution has deposited it.”

An unbiased reading of this quote reveals Jefferson’s intent: to emphasize that the Constitution “has deposited” private religious practices solely in the hands of individual believers, not government.

What makes all this so worrisome is actions like government establishment of special prayer days have the enduring effect of seeming normal and appropriate over time. Indeed, the task force website takes pains to list all the presidents and governors who have signed prayer-day proclamations over the years, because they know those official acts imply that religion in the American public square is somehow natural and appropriate.