Ben Howe, an American pundit and filmmaker who grew up in but ultimately fled the conservative evangelical Christian world, is mad as hell. 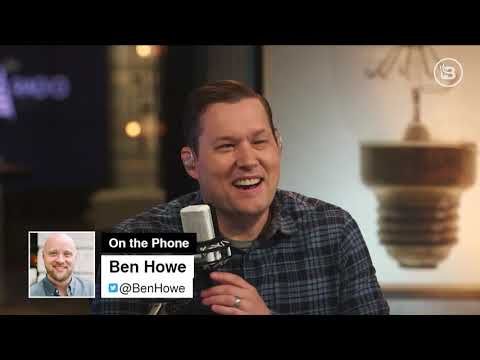 (The embedded video above is a very interesting recent discussion with Howe on Glenn Beck’s radio show about the fundamental values of evangelical Christianity in relation to politics.)

The opening paragraph in a recent The Atlantic magazine article/interview lists the main bugbears he’s riled up about:

“Ben Howe is angry at evangelicals. As he describes it, he is angry that they didn’t just vote for Donald Trump in record numbers, but repeatedly provide moral cover for his outrageous failings. He is angry that leaders of the religious right, who long claimed to be the champions of American morality, appear to have gladly traded their values for power. He’s angry that Christians claim they support the president because they want to end abortion or protect religious liberty, when supporting Trump suggests that what they really want is a champion who will mock and crush their perceived enemies.”

To non-evangelicals, these concerns are not a new revelation. Since before Donald Trump completely unexpectedly was elected president, they could clearly see this amoral freight train coming. What in God’s name, so to speak, were his fervent supporters thinking?

And it’s not like it hasn’t happened before with even worse consequences for societies where it occurred, such as Germany leading up to World War II. Saddled with a humiliating surrender treaty after World War I, struggling with a horrendous economy and fears of surging crime, and feeling a profound sense of disrespect and marginalization in world affairs, the German people were ripe for the picking of a demagogic loudmouth promising national redemption and glory.

Howe has written a laser-focused book, published in August by HarperCollins, about the ardent if paradoxical embrace by the evangelical Christian Right of Donald Trump. It’s laser-focused title: The Immoral Majority: Why Evangelicals Chose Political Power Over Christian Values.

Curiously, Howe still counts him self among conservative evangelical Christians, but more in the mode of the once politically powerful Moral Majority (thus his book’s title) created in 1979 by the Rev. Jerry Falwell and his Liberty Baptist Church, and dissolved in the late 1980s. American family-values morality was the backbone of that movement.

Today, Falwell’s son Jerry Jr. is president of Christian Liberty University in Lynchburg, Virginia, and is a vigorous supporter of Donald Trump.

Howe has a strong Christian Right pedigree as a rabidly partisan conservative filmmaker, a Tea Party activist, and a blogger for the right-wing website RedState, “where he spent a not insignificant portion of his time trolling progressive,” The Atlantic article notes.

However, he was ultimately fired from RedState (along with other writers), he claims, for his unabashed opposition to Trump (a 2018 article in The Atlantic reported on the purge).

In her interview with Howe, the magazine’s Emma Green elicited a response that answered the question of why godly people would so fervently support such a clearly ungodly man.

Green: “You talk a lot about the bitterness that motivates evangelicals in the realm of politics. Where does that come from?”

Howe: “It comes from a reasonably understandable place. If people feel that their motives are impugned, if they feel they’re not bad people but are being told they are—being told they’re racist or misogynist—it can foster a mentality of victimhood.

“In the minds of a lot of conservatives, the left exists to impugn their motives, and the Republican Party regularly lied to them and said they would defend them and then didn’t. And that was the establishment. Trump became their hero, because he hated the establishment, and he beat up on the media, and he was fighting back against all these forces. The more he fights, the more they feel justified, like, He’s our hero because we needed someone to do this for us.

“Trump’s appeal is not judges. It’s not policies. It’s that he’s a shit-talker and a fighter and tells it like it is. That’s what they like. They love the meanest parts of him.”

It’s what all demagogues bring to the table, a proxy of punitive promise — a street fight against perceived enemies who make the emasculated aggrieved doubt their own authority and validity.

Green: Do you think that that sense of embattlement is grounded in reality?

Howe: A lot of it is. But I think they’re wrong when they say they have it worse than others. Evangelicals have done plenty of unfair things to others with no reflection, other than to complain that the culture was moving away from them.

Howe: Take gay marriage, abortion, any evangelical issues that have come up over the last 20 years. I was not happy at all with how we approached most of those issues.

Green: “We” being evangelicals?

Howe: Yes. I thought they were fighting fights in a way that showed a total lack of understanding, empathy, or love for fellow people, all in the name of preventing the culture from getting away from us. It’s very selfish and self-centered.

So my takeaway from all of this is that evangelicals support Trump because he promises vengeance on those who make them feel ridiculous, mean-spirited and soft-headed.

That’s only “Christian” in the Old Testament, right?