The Rev. Pat Robertson is more dangerous than “God.”

That’s because the prominent televangelist’s bigoted, hateful and fundamentalist brand of Christianity appears to be distressingly influential with his millions of social media and TV fans — and religious bigots have lately been killing lots of innocent people around the world.

Also, because no divinity of any kind can be verified to exist in the real world (or the surreal one), the “God” of Christianity would seem to pose zero risk to those of us who exist in reality. 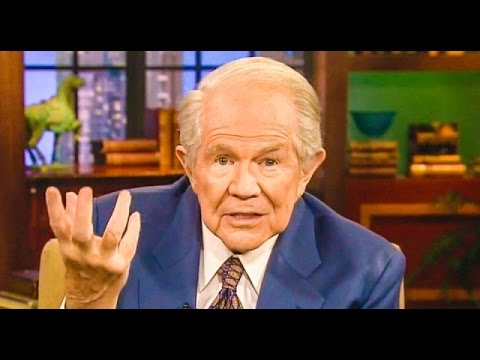 Still, it’s terrifying that people who share the hateful, terrorizing attitudes of the Rev. Robertson have so much influence among the Christian faithful, when much of what they propose is exclusive, discriminatory and rabidly intolerant of all but a narrow realm of human expression.

For example, as Michael Stone posted May 14 in his Progressive Secular Humanist blog, Robertson is again on a troll about homosexuals. The post is titled “Pat Robertson Promises God Will Destroy America if Equality Act Passes.”

I think there’s far more chance, if the law passes, that damage to the country and world would come from enraged evangelical crazies than divine intervention.

The Democratic-controlled U.S. House on May 17 passed the Equality Act, first introduced in 2015, which will protect LGBTQ (lesbian, gay, bi, trans and queer) Americans from discrimination in housing, the workplace, public accommodations and other venues. The new law will also expand public accommodations protections by prohibiting discrimination in their use due to sex, and ensuring retail stores and banks are encompassed by these safeguards.

Still, the Christian Right is rattled by even the remote prospect that LGBTQ Americans will be accorded more rights and more social acceptance nationwide.

Robertson let loose with vitriol against the LGBTQ community recently after he spoke about the act on his widely broadcast TV show The 700 Club with virulent anti-gay Christian activist Mat Staver.

“This is a devastating blow to religious freedom and to the sanctity of America. If you want to bring the judgment of God on this nation, you just keep this stuff up,” Robertson said. “You know, I was reading in Leviticus where it said, ‘Because of these things, the land will vomit you out.’ Vomit you out. I think God will say, ‘I’ve had it with America, if you do this kind of stuff, I’m going to get rid of you as a nation.’”

In his post, Stone suggested people shouldn’t be too alarmed by Robertson’s latest prophesy, because a number of events he said would destroy all or part of America didn’t, including legalization of same-sex marriage and Disney World in Orlando, Florida, hosting of Disney’s Gay Days.

The take-away from this incident is a troubling reminder that fundamentalist evangelicals do not seem to understand that it’s morally wrong when their religious beliefs degrade the human rights of others who don’t share them. Just because something’s written in an ancient book by questionable human authors doesn’t mean it’s true or honorable.

The prejudicial human-rights abuses being inflicted on LGBTQ Americans come not from on high but from practitioners of Bible-based bigotry down low.

What are the chances that the Jesus of the New Testament, if he had existed, would have thrown LGBTQ people under the proverbial bus, as the good Rev. Robertson demands?

None to none, I strongly suspect.