A mix-up concerning two Minnesota communities and a protest about demographic inclusiveness has created a controversy apparently related to the “under God” part of the Pledge of Allegiance. 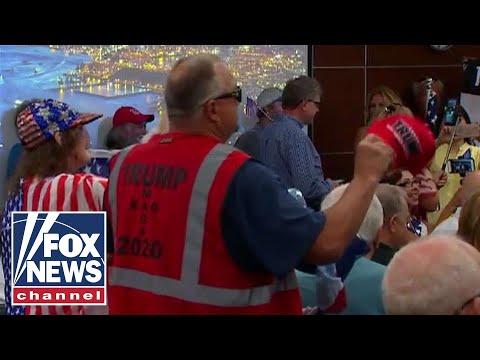 What happened is that elected officials of Minneapolis suburb St. Louis Park’s 6,412 citizens (as of the 2010 census) on June 17 decided—unanimously—to discontinue their traditional recitation of the Pledge to commence town council meetings.

(Confusing matters unnecessarily, reports of the change that spread nationally frequently, and erroneously, stated that the community in question is Spring Lake Park, not St. Louis Park.)

Of note, St. Louis Park is located in the U.S. congressional district represented by Democratic Rep. Ilhan Omar, a Muslim, who frequently has raised the issue of lack of religious equality in America.

According to The Friendly Atheist blog in post today, the council argued that they dropped the Pledge because the community’s population is becoming “more diverse.”

What this means is unclear, as nothing in the Pledge, other than the “under God” phrase inserted by Congress in the 1950s, seems to suggest anything that should be offensive to any Americans. Here’s the full text of the pledge:

“I pledge allegiance to the Flag of the United States of America, and to the Republic for which it stands, one Nation under God, indivisible, with liberty and justice for all.”

Council member Anne Mavity, who sponsored the motion to end the Pledge at council meetings, Fox News reported, said she felt the Pledge was unnecessary, particularly for non-citizens.

“Not everyone who does business with the city or has a conversation is a citizen,” she said. “They certainly don’t need to come into city council chambers and pledge their allegiance to our country in order to tell us what their input is about a sidewalk in front of their home.”

“We concluded that in order to create a more welcoming environment to a diverse community we’re going to forgo saying the Pledge of Allegiance before every meeting.”

Some 100 people (many reportedly from other cities) attended a subsequent council meeting after the vote to reconsider the change, with protesters waving American flags and chanting “USA!” The council agreed to study the issue further.

Minnesota GOP chairperson Jennifer Carnahan, who attended the meeting, said she was “disturbed” by councilman Brausen’s statement because she believed it disrespected Americans’ “hallowed traditions.”

“So it was just this air of superiority and very disturbing all around,” Carnahan said, responding to a Fox & Friends statement.

“One gentleman, for example, told me he recently went to a sports event with his wife and said, ‘We stood for the national anthem and put our hands on our hearts. And sang a song and it made us feel more included and more welcome in that space,'” Spano recalled somewhat cluelessly.

President Trump, not surprisingly, tweeted support for the protesters.

Mayor Spano, surprisingly, said the next day, “Doesn’t [the president] have something better to do with his time.”

Council member Rachel Harris was the only official to mention the actual crux of the problem—not the Pledge itself, but the phrase “under God” it contains. A story in the Sun Sailor newspaper about the July 8 meeting attended by protesters reported:

“Harris said she has heard from people on both sides of the issue from her constituents. She said she is open to having a dialogue but pointed out the separation of church and state in the United States while alluding to the words ‘under God’ in the Pledge of Allegiance.”

With significant Muslim and nonreligious populations residing in St. Louis Park, the phrase is relevant to what the council is trying to do to be more “inclusive” for citizens and resident non-citizens of differing faiths or no faith.

Council member Margaret Rog, according to the Sun Sailor piece, said there are “intellectual reasons for questioning the Pledge of Allegiance, including its origins,” while acknowledging “the emotional significance of this tradition for people.”

The “origins” she refers to is Congress formally adopting the pledge in 1942 during World War II to encourage patriotism, and arbitrarily adding the words “under God” to it in 1954 at the height of the “Red Scare,” as lawmakers wanted to differentiate the U.S. from officially atheist Communist countries. It was government establishment of theism as, in effect, the nation’s official religion.

But when the original iteration of the Pledge was created in 1892, it was as a strictly patriotic, not religious, expression. In a nation whose founders decreed religious freedom for any faith and no faith, this theistic add-on to the pledge is seen by many nonreligious Americans—nonbelievers represent a quarter of the population—as problematic.

Keep in mind also that the pledge originally required pointing your arm straight toward the flag, palm up. But during World War II, it was viewed as too similar to the Nazi salute and was changed to the right hand over the heart.

By the way, the city council of Spring Lake Park, which, in fact, did not cease the pledge at its meetings, announced that it has no intention of doing so in the future.