Elected trustees of the McHenry Township (Illinois) Board did something very interesting on Dec. 12: they voted to not open their public sessions with prayers.

But the trustees’ motivation was perhaps more interesting than their vote. Considering the latest U.S. Supreme Court ruling on public-meeting prayer, trustees indicated they were worried non-Christians also might seek to deliver invocations at board meetings, such as Satanists, Muslims, Buddhists and, heaven forbid, atheists.

So much for the supposedly vaunted American ideal of religious (and nonreligious) freedom and diversity.

McHenry Township Trustee Steve Verr, a well-known local conservative provocateur reportedly often heckled at meetings, submitted the measure seeking to enshrine session-opening prayers in the board’s regular protocols. He was the only member who then voted “yes.”

“I don’t see what the problem is,” Verr said after his request was shot down, according to the local Northwest Herald newspaper. “Everyone here is cowed because of some Marxists in the audience here tonight.”

As everyone knows, of course (according to Verr), only “Marxists” would oppose prayers at public meetings, although such naysayers now include all of Verr’s fellow trustees.

Encouragingly, at least some citizens who attend the township’s board meetings are well-versed in public affairs. Several at the recent meeting pointed out that in its 2014 Town of Greece v. Galloway decision the U.S. Supreme Court ruled elected bodies could open public meetings with prayers as long as they weren’t restricted to Christian invocations.

This need for prayerful inclusiveness seemed to spook trustees and some citizens at the meeting.

The Herald reported that trustees Bob Anderson and Mike Rakestraw “respected the sentiment” of having prayers but worried about the “diversity” of prayer that might ensue.

“I think this will open up something above and beyond what would be comfortable here,” Anderson said.

Rakestraw also said he would “have a difficult time” dealing with non-Christian prayer.

“As a believer in Jesus Christ, I don’t want to have a Muslim, atheist, Buddhist or anyone else get up and do an invocation for one of our meetings,” he said. “I just have a difficult time thinking I would get up and listen to an atheist or Satanist or anybody else [pray] to a God I don’t believe in and feel good about it.”

These guys are obviously more “comfortable” being Christians than freedom-loving Americans. They’re not alone. 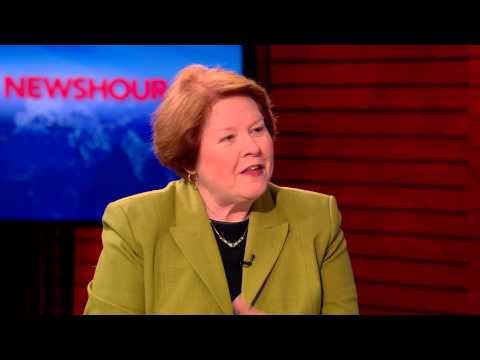 A Harvard Law Review article on Greece v. Galloway, which narrowly passed, 5-4, reveals how fraught the issue of prayers at public meetings was then and remains in relation to the Establishment Clause of the U.S. Constitution’s First Amendment.

“While the decision did little to alleviate the doctrinal muddle of the Court’s Establishment Clause jurisprudence, Greece highlights the deep divisions among the Justices on a central question underlying the Establishment Clause: what the government is required to do, or even permitted to do, to accommodate religious pluralism in an increasingly diverse society,” the court held in its majority opinion.

In 2010 after two McHenry Township resident sued the county board over its exclusively Christian opening prayers, the local district court ruled that no “impermissible preference” was given to Christianity in selecting prayer-givers. But the Second Circuit Court reversed in 2012, deciding, according to the Harvard Law Review, that “under the totality of circumstances as viewed by a reasonable objective observer, the town’s prayer practice conveyed an impermissible ‘official affiliation’ with Christianity.”

But then the Supreme Court reversed the reversal.

Writing for the majority, then-Justice Kennedy emphasized the long tradition of “legislative prayer” in the U.S.

“[i]n light of the unambiguous and unbroken history of more than 200 years, there can be no doubt that the practice of opening legislative sessions with a prayer has become part of the fabric of our society,” he wrote, adding that the appointment of official chaplains in the First Congress evidenced that such prayer was “accepted by the Framers.”

Except some of the Framers, like James Madison, vehemently opposed such chaplaincies.

The McHenry Township Board incident illustrates that, sadly, many American have not far evolved from when our Puritan forebears began colonizing the New World.

Puritans ostensibly came to America for freedom from religious discrimination in England but in the end forced compliance with Puritan values from everyone in their sphere in the new land.

In a sense, the same religious bigotry still poisons the cultural well in McHenry Township.

It appears that Justice Kennedy was too optimistic in Greece v. Galloway, when he wrote this sentiment, which doesn’t seem to apply in McHenry Township:

“Our tradition assumes that adult citizens, firm in their own beliefs, can tolerate and perhaps appreciate a ceremonial prayer delivered by a person of another faith.”