The traditional “Republican Party” hijacked and repurposed by Donald Trump is in trouble, and an emerging religious  and demographic transformation in America is driving some of the final nails in its coffin. 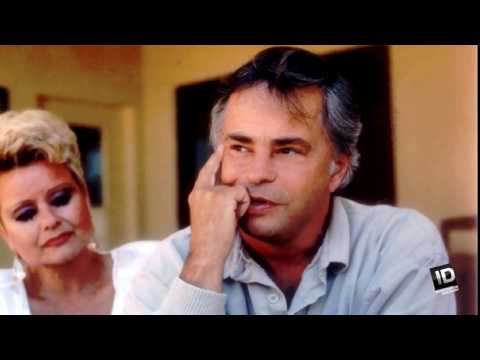 (Barbara Walters interviews disgraced televangelist Jim Bakker in 2015 in this video embedded above. Bakker’s downfall was one among many in the televangelist world in the 1980s, which began a steady slide in mistrust of U.S. religious institutions.)

The GOP’s immediate problems are that, simultaneously, fewer Americans are affiliating with organized churches than ever before, general trust in and respect for U.S. religious institutions is sagging after decades of clerical scandals, and young people are decidedly less religious than their elders.

Americans’ faith in faith institutions, for long decades a bastion of majority support in the U.S., has eroded to only 36 percent of the populace saying they have “a great deal” or “quite a lot” of confidence in organized religion, according to a new Gallup poll. That’s a record low.

“Confidence in organized religion topped confidence in all other institutions from 1973 to 1985, and, even after falling amid televangelist scandals in the 1980s, it registered at the majority level consistently until 2001,” Gallup reported. “After the Boston Globe‘s 2002 expose revealed Catholic church leaders were aware of and did not take strong action to stop serial sex abuse by priests, confidence in organized religion dropped sharply to 45%. It recovered slightly in the years after the scandal broke, hovering around the 50% mark. Between 2010 and 2017, it regularly registered in the 40s. Since then, in 2018 and 2019, Americans’ confidence in religion has been below the 40% mark.”

These are all ominous signs for a once-venerable American political party that, under President Trump, is perversely looking backward to the imagined halcyon days of the mid-20th century, when white Christian men ruled the U.S. roost.

But powerful demographic shifts promise that that Christian white-supremacist dream for the future is just that — a dream. By 2040, minority ethnic groups will comprise nearly half of the U.S. population (sharply up from about 20 percent in 1980 and 33 percent in 2010), and Hispanics will make up a bit more than half of all foreign-born Americans by 2040 (up from about 30 percent in 1980).

So the trendline seems clear: white Americans of European descent will eventually be a minority in a country where the political party now in power is glorifying an arguably racist, nativist white-supremacism.

The handwriting is on the wall.

A June 2019 article in the stalwart-conservative Wall Street Journal, titled “Cradles, Pews and the Societal Shifts Coming to Politics,” notes the significant religious changes under way in the United States, and that they bode ill for Republicans.

“The steady, long-term decline in church attendance is confirmed in the most recent Wall Street Journal/NBC News poll. Just 29% of Americans now say they attend religious services once a week or more often. That is down from 41% in 2000.

In the meantime, as fewer Americans are going to church less often, U.S. women are having fewer babies.

The Journal article notes that plummeting church attendance “is a serious warning sign for Republicans,” a sea change from the 1950s and 1960s when both Republicans and Democrats were roughly equally faithful and churchgoing, according to a new Wall Street Journal/NBC News poll. That changed starting in 1980 when President Ronald Reagan attracted religious conservatives into the Republican tent, where they are now a key voting demographic.

By the 2016 presidential election, the Journal article points out, 53 percent of voters who attended church at least weekly voted for Trump, while only 29 percent chose Clinton. Republicans are far more likely to attend weekly church services (36 percent) than Democrats (23 percent).

Religious changes may be worrisome enough for the GOP, but birth rates should also give party leaders serious pause. A few weeks ago the National Center for Health Statistics (NCHS) reported that the number of babies born in the U.S. per 1,000 women in 2018 fell to a 32-year low, and the fertility rate plunged to the lowest level since federal fertility rates have been tallied. American births have fallen in 10 of the last 11 years, according to NCHS data.

Ironically, increased immigration, which the Trump administration is laboring mightily to curb at the moment, will likely be critical to mitigating future effects of far fewer births in the nation. The Journal article warns:

“This trend has enormous economic as well as social effects. A declining birthrate means Medicare and Social Security will become even harder to finance over time as fewer new Americans enter the workforce to finance the retirement needs of their elders. The age at which workers can retire may have to be raised, and benefits limited.

“As the rate of newborn Americans declines, the need for immigrants to retain a robust workforce will increase—a need that will collide head-on with growing anti-immigrant sentiment. With fewer babies growing into schoolchildren, some schools may close, and school boundaries redrawn. The nation’s higher-education infrastructure, already under enrollment and financial pressure, may have to be revamped.”

Also ironic, the birthrate is dropping “in significant measure” due to a dramatic reduction in unwanted and teen pregnancies. This positive change was due in large part to the availability of legal abortion services in recent decades after Roe v. Wade and in improved, broader sex and contraceptive education for youths — both effective correctives vociferously opposed by conservative Republicans and the Christian Right.