Here’s some bad news and good on the church vs. state front.

First the bad: evangelical Protestant Christians continue feverishly trying to inject Bible studies and religion into the nation’s schools, with some success.

A 2018 report in The New American print/online magazine noted that curricula provided by the Christian Right National Council on Bible Curriculum in Public Schools (NCBCPS) was then already approved for teaching at 2,900 schools in 1,280 school districts in 39 states to more than 650,000 American students. An academic paper in the Journal of the America Academy of Religion describes the council as “a textbook example of the Christian Right.”

That’s all qualitatively bad for what should be evidence-based, religious-indoctrination-free public education but also quantitatively worrisome, considering its expansive spread. This diffusion of Christian indoctrination in schools is presumably worse now under the evangelical-friendly Trump administration, which is unreservedly trying to free-up tax funds to finance Christian students and schools under dishonest “scholarship” and “charter school” schemes that hide religious intent.

Although more than a decade old, this YouTube video below featuring the then president of the NCBCPS illustrates this group’s extreme antipathy to not only secular education but secular governance. 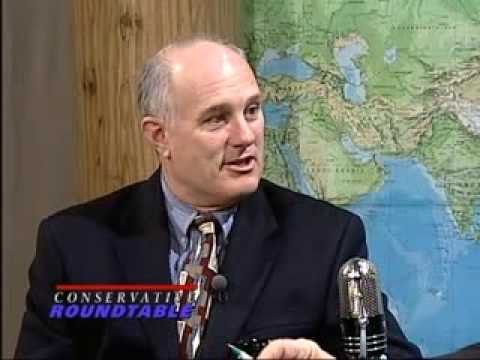 The good news: at least one school district (in Camp Verde, Arizona), after the school board voted 4-0 in late 2019 to allow Bible teaching in its schools, was compelled to cancel its first scheduled biblical class this year because too few students — only two — signed up to take it, according to the Camp Verde Bugle newspaper (FYI, the article is behind a paywall).

Also good for secular governance, two school boards, in Texas and Florida, have been sued for using the curriculum. Plaintiffs claimed unconstitutional deficits in factuality, objectivity and good faith in employing the curriculum in their schools.

In the settlement of the Odessa, Texas, federal case, Moreno v. Ector County School Board, the school district agreed to not use the NCBCPS curricula in any future classes involving the Bible and “must follow strict legal standards for objectivity and balance.” See an ACLU news release on the case here.

In Florida’s Gibson v. Lee County School Board case, the plaintiff accused the board of “”unconstitutionally advancing religion in public school classrooms.” At the judge’s direction, the two sides settled. The board agreed to jettison both Old and New testament portions of the NCBCPS course work it was employing, and to replace them with “a new, objective and non-sectarian course.”

Other similar federal court cases are in progress in Tennessee, Mississippi and West Virginia, according to Diane Post, the legal director for Secular Communities for Arizona, in an April op-ed in the Verde Valley Independent.

Post pointed to Arizona law (A.R.S. §15-717.01) regarding such religion-themed instruction:

“[The law] does allow concepts from the Old and New Testament to be included in history or English or both. Any elective course may pertain to how the Bible has influenced western culture for pupils in grades 9 through 12. It shall not teach Bible studies.

“Section D of the statute requires ‘Before a school offers a course under this section, a legal review shall be conducted to ensure that the course complies with the 1st Amendment to the United States Constitution.’

“… Any such course must, as outlined in Section F of the statute, follow applicable law and all federal and state guidelines in maintaining religious neutrality and accommodating the diverse religious or nonreligious views, traditions and perspectives of pupils. Under Section G of the statute, students may not be required to use a specific translation of the old or new testament since there are dozens of different versions, all with different stories, thus limiting its utility.”

What is morally disturbing about all these cases is that the evangelical NCBCPS has successfully deluded a lot of American school boards into believing that the council’s curricula is strictly objective and constitutional. But, in demonstrable fact, the whole purpose of evangelicals of every stripe is, first and foremost, to spread the fundamentalist Christian ideology as far and wide as possible. This curricula, as court cases have continuously revealed, is anything but objective. It’s dishonest, immoral and un-Christian to insist otherwise.

For NCBCPS to promote the bogus claim that just trying to broaden objective education is a sham.

It’s good news that some school districts have seen through this disingenuous charade. The bad news is that most seem insensitive still to the looming and dire threat that such blatant attempts to indoctrinate students in Christianity poses to the goals of secular education.