Despite what Donald Trump may bellow (his recent Fox interview, embedded below, is instructive), religion in America, though notably slip-sliding in recent decades, probably isn’t going to disappear any time soon.

It’s survived for millennia already, after all, even after various intermittent periods of relative impiety among human societies, including the science-inspired Enlightenment in medieval Europe and even widespread backsliding and freethought among colonial Americans on the eve of the Revolutionary War. 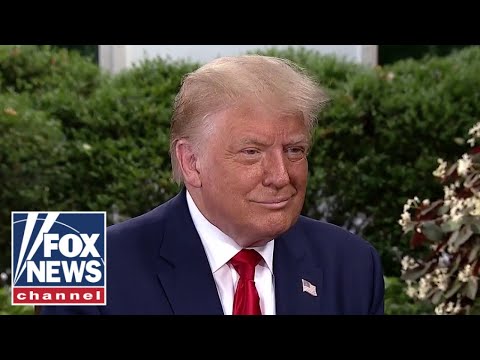 Certainly, in the 21st century leaders of U.S. Christianity (long, and still, the nation’s majority religious sect) are worried about the future of their faith in a nation that appears to be rapidly secularizing. The influential Pew Research Center’s 2019 report on religiosity in the U.S. was accompanied by this headline: “In U.S., Decline of Christianity Continues at Rapid Pace.” But it has nothing to do with Joe Biden (who’s a devout, lifelong Catholic, by the way), only changing demographics and the tenor of the times.

Writing for the Freedom From Religion Foundation’s (FFRF) Freethought blog, author James A. Haught wrote after the Fox interview:

“Church leaders agonize over this ominous erosion. Endlessly, they call for more prayer, more proselytizing and other tactics to entice believers. They ask why the relentless loss is happening. Sociologists too analyze the cultural shift and offer various explanations. Many concur that Western life is becoming more prosperous and secure, so people no longer feel an urge to pray for divine help. That makes sense.”

Yet, despite the believer population’s relentless erosion of late, the faith and its churches and other institutions are unlikely to disappear entirely from the American landscape for quite a while without some seminal revolutionary event.

It will far more likely be a slow fade to black, or, as Christianity has many times in the past in many locales, it may enjoy a dramatic resurgence one un-fine day. Anything’s possible when it comes to religion, as we’ve all learned over time.

Nonetheless, in his interview with Fox News Channel anchor and reporter Chris Wallace at the White House on July 19, the president exclaimed that “religion will be gone” if his Democratic rival Biden is elected. When the always well-prepared and no-nonsense Wallace asked the president to explain what he meant by that, he replied:

This is a kind of no sequitur, meaning irrelevant to the question. Government limitations on crowds sizes during the pandemic are public safety measures that have nothing to do with support or non-support of religion, now or in the future, no matter what the Religious Right might claim.

The activist organization Americans United for Separation of Church and State (AU) in a news release this week pointed out some glaring presidential misrepresentations in the Fox interview:

“What Trump failed to mention during his rant is that during this pandemic, houses of worship have been treated no differently than many of their secular counterparts. In most states, all large gatherings were banned, religious and non-religious. Some religious leaders who didn’t like these restrictions challenged them but lost most of the cases, with multiple courts all over the country ruling in favor of stay-at-home orders and reasonable restrictions on public gatherings. Furthermore, many houses of worship have moved services online or found other creative ways to bring people together that don’t involve in-person worship. Religion has, for the time being, been reimagined. It is hardly ‘gone.’”

Indeed (and unfortunately), it hasn’t.

But that won’t stop President Trump, badly plummeting in the polls due to his disastrous handling of the coronavirus assault on America, from dishonestly pandering to his base’s abject fear of religious disenfranchisement and persecution under a Democratic administration.

“That claim that ‘religion will be gone’ is a fear-based message that’s outlandish on its face – but that doesn’t mean it won’t resonate with his most ardent conservative evangelical backers,” AU wrote in its press release.

Haught believes that the slide in American religiosity is due to an increasingly better educated populace for whom “magical dogmas are a bunch of hooey — just fairy tales with no factual reality. Gods and devils, heavens and hells, angels and demons, miracles and messiahs, prophecies and divine visitations, visions and other such stuff, are fiction.”

However, that’s exactly what the faithful seem so enthralled with.

The end may be nigh, but I fear not that nigh.

On the bright side, the pandemic has reportedly made it very, very difficult for Bible distributors worldwide to disperse the “Good Book.”