Watching President Trump yet again shamelessly lie to news reporters on the White House lawn this morning, I am reminded again how badly federal and state laws are needed to prohibit elected officials from purposely deceiving the American people. 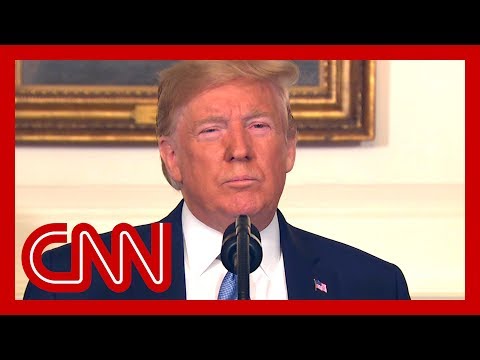 You can limply claim that constitutionally protected free speech in America should mean people, particularly elected leaders, can say whatever they want without restriction.

Yet, still, free speech does not allow anyone to arbitrarily yell “Fire!” in a crowded theater when there is no fire. Or directly urge anyone to kill someone else under any circumstance. That’s what’s happening now, though.

This is not about blocking the free expression of ideas in an open democracy. This is about the opposite: stopping public officials from concealing what people should know by misrepresenting the true reality of information, disseminating false “facts,” distracting citizens from real issues with bogus ad hominem attacks on perceived rivals, hiding or corrupting the reality of inconvenient truths. And inciting racism and political violence.

A litany of lies

A quick post-mortum by media of today’s White House lawn “press conference” easily revealed a litany of lies, misrepresentations and disingenuous asides voiced by the president. No true and useful information was gleaned other than the president implying there was “strong political appetite” for universal background checks of gun buyers. (Keep in mind that he also voiced seeming support for another gun-violence-control measure after last year’s Florida school shooting that killed 17 students and staff, and wounded an equal number, but he quickly forgot that after talking with the National Rifle Association, a major Trump and GOP funder.)

At the “press conference,” the president never mentioned tightening restrictions on guns, except in the negative, how there was little “political appetite” for prohibiting the sale of assault weapons. However, there is enormous public appetite.

He ignores that research repeatedly has shown that the single most correlative fact in America’s world-leading spasms of perennial gun violence is the massive availability of firearms in the U.S. — not inadequate mental health assessment, violent video games, increased disinterest in religion, or any other factor.

More than 400 million guns exist in private hands in the U.S., more than one for every man, woman and child, and some 40 percent of homes contain firearms, often militia-strength arsenals of them.

Yet, no, according to the president, fellow “Republicans” and the NRA, guns are not the issue. You know the bogus meme: “Guns don’t kill people, people kill people.”

Except that without the guns, it would be exponentially harder to kill anyone, much less masses of innocent people inadvertently trapped in a building by a mayhem-bent murderer.

Also at his “press conference” today, the president rejected the idea that his racist, inciteful rhetoric against minorities of color has had any effect on the recent rash of mass shootings carried out by zealots of right-wing, white supremacist ideologies that specifically target people of color. He says his rhetoric “brings people together.” It unites right-wing bigots, perhaps, but serves to tear apart — literally, in the case of mass shootings —  everyone else.

The disease of ‘false equivalence’

In addition, he said that he rejected all “supremacist” ideologies “like Antifa” (anti-fascists), a political movement of independent groups with militant opposition to fascism and other extreme right-wing ideologies. Except Antifa is not a supremacist group, no matter how many times Trump voices that invention. This is another example, like his famous “there were fine people on both sides” statement after a woman was killed by a white nationalist in neo-Nazi riots in Charlottesville, Virginia, in 2017. It is known as “false equivalence.”

In what imaginary moral universe are racist Nazi sympathizers equivalent to people opposing such hate?

The correct answer is: No such universe exists. The president just says things he likes the sound of, and that he believes his supporters like to hear. It’s callous political cynicism. Verifiable truth is irrelevant to his political dishonesties. After all, his mentor was Roy Cohn, the ruthless consigliere for demagogue Sen. Joseph McCarthy of Wisconsin, who, without evidence, falsely accused countless venerable American lawmakers and others of Communist collusion against America in the fearful mid-1950s as citizens unnecessarily fixated on Russian encroachment in the United States.

McCarthyism’s corrosive legacy is still with us, and Trump has ushered in a reprisal of that. Note that he has ordered the Justice Department, which is supposed to operate independently of the president specifically for the benefit of the American people, to investigate the FBI and other institutions of government he believes are his enemies. Like McCarthy, Trump is placing honorable people under suspicion because of right-wing paranoia and his own.

So, the president encourages ethnic degradation and violence when he calls countries that produce black and brown people “shit-hole countries” (Mexico, South America, Africa, etc.) and tells American citizens with ethnicities deriving from those countries — even duly-elected congresswomen — to go back where they came from.

To reassure Americans, he lies again

When he went on national TV after this month’s mass shootings in El Paso, Texas, and Dayton, Ohio, ostensibly to condemn racism, white supremacy and political violence, he was lying. Everything — EVERY. SINGLE. THING. — he had said and done up to that point not only refuted everything he said in that self-serving, teleprompter deceit, but spit on it.

“In one voice our nation must condemn racism, bigotry and white supremacy,” Mr. Trump said, in part, in the White House speech. “These sinister ideologies must be defeated.”

Except that his entire political career was launched on a racist lie — that President Barack Obama was born in Kenya, not the United States — and his entire political persona is not a dog whistle but an air horn to the scattered cesspools of racism, bigotry and white supremacy that have long polluted America: “I’m with you.”

It’s all based on lies and ignorance, as all human beings share virtuially identical DNA and capacities.

Until laws are passed allowing prosecution of egregious public lying by elected officials, we will continue watch lawmakers uttering falsehoods with impunity in front of hordes of news reporters. And later, talking heads on cable TV and pundits in print media will painstakingly deconstruct the lies.

But, as the days wear on, the first lies will continue to be broadcast and reprinted ad infinitum in media of every kind.

As everyone knows, lies told often enough over a long enough period of time become commonly viewed as truth. Read 1984.

If his followers don’t care if he’s a fraud and a charlatan, or are intellectually incapable of discerning that, the president is home free in continuing his deceitful program to be a kind of king.

Unfortunately, there is no law to stop him and his supplicants from continuing their gaslighting of America. And the people who could are far too clueless or wary to intervene.