The headline in a recent Daylight Atheism blog post — “Ataturk Triumphed Over Religion” — is, unfortunately, premature.

It refers to Mustafa Kemal Ataturk, the strongman founder and first president of Turkey’s modern secularly structured republican government and society, who did indeed transform that once-theocratic Muslim state into a nontheistic republic during his rule in 1923-38.

Sadly, the government he created in an ambitious attempt to lead his backward country into the 21st century with more European, democratic, secular sensibilities appears to be backsliding toward the past today.

Out of the wild

The reactionary trend shows yet again how resilient and resurgent monotheistic religious faith can be, even after long years in a political wilderness.

Nonetheless, what Ataturk accomplished was astonishing, even if it proves impermanent. “Almost overnight the whole system of Islamic law was discarded,” the Encyclopaedia Britannica notes.

But the forces of reform can be swiftly reversed, like when an approaching tsunami draws water away from a beach only to have reactive forces come roaring back, higher and more powerful than before, to ravage the land.

However, then, Ataturk’s reforms cleared the beachfront of government-religious coersion in Turkish life. According to Encyclopaedia Britannica:

“The caliphate was abolished on March 3, 1924 (since the early 16th century, the Ottoman sultans had laid claim to the title of caliph of the Muslims); the religious schools were dismantled at the same time. Abolition of the religious courts followed on April 8. In 1925, wearing the fez was prohibited—thereafter Turks wore Western-style headdress. … In Istanbul and elsewhere there was a run on materials for making hats. In the same year, the religious brotherhoods, strongholds of conservatism, were outlawed.”

By 1934, women were given he vote for parliamentary elections and made eligible for legislative seats. Polygamy was outlawed, marriage deemed a civil contract, and divorce was sanctioned as a civil matter.

Ataturk made clear his governance philosophy in a 1925 public address, according to the Daylight Atheism piece, stressing that the “brokerage of the pious” by clerics and others using religion to “fool” the people would not be allowed.

“Whatever conforms to reason, logic and the advantages and needs of our people conforms equally to Islam,” he said in the speech. “If our religion did not conform to reason and logic, it would not be the perfect religion.”

It is a profound concept, even revolutionary within Islam at the time: If religion were valid, it would conform to reality.

Attaturk also believed that Islam would be “elevated” if its use as a political instrument and weapon were halted. He was a latter-day Enlightenment leader who thought religion should be a private, personal matter and a hindrance to rational governance. According to Andrew Mango’s Ataturk: The Biography of the Founder of Modern Turkey (2002), Ataturk once said:

“Superstition must go. Let them worship as they will; every man can follow his own conscience, provided it does not interfere with sane reason or bid him against the liberty of his fellow men.”

This would perfectly apply in present-day America as well, as evangelicals continue to relentlessly insinuate Christian symbols and practices into public institutions, like schools and courthouses. It mirrors what Turkey’s current Islamophile president — Recep Tayyip Erdogan — is insideously inflicting upon his own country. 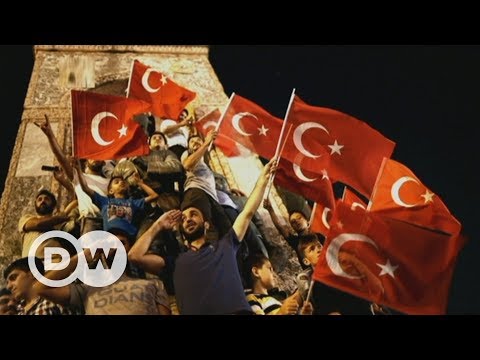 In a disheartening Washington Post op-ed in late 2018, Soner Cagaptay, a senior fellow at the Washington Institute for Near East Policy and author of “The New Sultan: Erdogan and the Crisis of Modern Turkey,” wrote:

“Over the past few weeks, Turkish officials have broken with decades of precedent in what is still, at least nominally, a secular republic: they have begun describing the country’s military deployment in Syria as ‘jihad.’ During the first two days of the operation, which began on Jan. 20, the government’s Directorate of Religious Affairs ordered all of Turkey’s nearly 90,000 mosques to broadcast the ‘Al-Fath’ verse from the Koran — ‘the prayer of conquest’ — through the loudspeakers on their minarets. Mainstreaming jihad, which sanctions violence against those who ‘offend Islam,’ is a crucial step in draping the sheath of sharia over a society. Sadly, Turkey seems to be slowly moving along that path.”

This is how religion rebounds, even when seemingly on the ropes — and how religion, never intended in a government in the first place, embeds itself within over time.

Step by quiet step. (Watch the embedded video to see how it’s now being done in Turkey.)

So the Enlightenment values of evidence-based reason that Ataturk (“the father of the Turks”) tried to instill in his government and society, is in danger of being torn asunder there and in America if secularists aren’t forever vigilant.