***Update*** (from Hemant): This guy is not a “high-ranking” Mormon leader, as we said initially. He’s a local volunteer (a “high councilor”) who helped with the “administration of several local congregations” and a former volunteer “bishop” at a difference congregation. Sorry for that confusion on our part. I’ve updated the post and the headline to reflect that.

The Mormon bishops who are on the payroll are the folks who ask little kids about their sex lives. They’re perverts in a different sense.

It’s bad enough that a man in an H&M retail store inside the Opry Mills shopping center in Nashville, Tennessee was caught spying on a woman whom he led into a dressing room (apparently acting like a sales rep).

It’s even worse that the man’s wife attempted to stop the woman from calling police.

But the kicker? The man in question, Stephen Murdock, is a local Mormon leader. 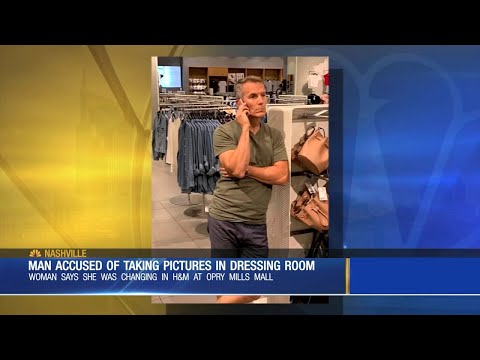 “From there, I undressed from the waist down, and I looked up and in the corner of the dressing room at the top, there was a camera phone, an iPhone, pointing down at me, so I obviously knew I was being recorded, I freaked out, I froze,” [the victim] said.

After telling someone to call 911, she found Murdock and slapped the phone out of his hands as he was apparently deleting the evidence. Police arrived in time to arrest him. According to an affidavit, Murdock’s wife pleaded with the victim not to call the cops.

By one account, this isn’t Murdock’s first incident involving sexual harassment, which would also suggest the Church of Jesus Christ of Latter-Day Saints knew about previous allegations yet allowed him to stay in a position of some authority. Murdock is a high councilor within the Mormon Church, which is a kind of local leader who, among other things, serves on a committee to adjudicate “cases of serious personal transgression.” (Oh, the irony…)

We already know that belonging to a church — or even being a leader, as it were — doesn’t make one a decent person. But it’s worth noting that men like Murdock are often attracted to those positions because of the power and assumed trust that come with them. Given how religious leaders caught in sex crimes is just so… cliché at this point, you have to wonder how he could even be so arrogant as to assume he wouldn’t get caught.