Edmonton’s GraceLife Church has been complaining for months about how public health measures, meant to limit the spread of COVID-19, are impairing their right to worship in community.

Now they really have lost that right, and they have no one to blame but themselves.

Last week, following packed services on Good Friday and Easter Sunday, Alberta Health Services (AHS) shut down the church entirely by erecting a chain-link fence around the building and parking lot to prevent access. They declared the location “physically closed” as a direct result of its ongoing refusal to comply with public health restrictions: 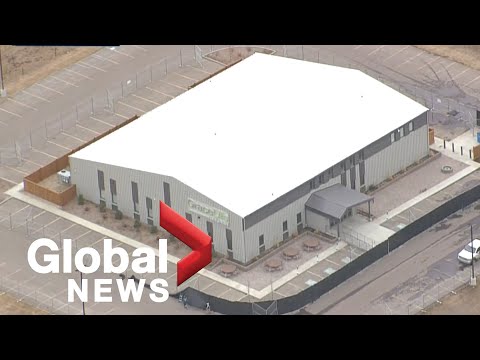 [GraceLife Church] has decided not to follow these mandatory restrictions, nor have they attempted to work with AHS to reduce the risk of COVID-19 transmission.

With COVID-19 cases increasing and the more easily-transmitted and potentially more severe variants becoming dominant, there is urgent need to minimize spread to protect all Albertans.

It’s about time. Since last July, AHS has received more than 100 complaints about GraceLife’s failure to comply with COVID protocols. They have conducted 18 separate health inspections, noting violations at every single one.

Just imagine allowing a restaurant with that kind of track record to continue serving the public as its owners and patrons continuously argue that the right to run a business outweighs the risk of fatal food poisoning.

But once religion enters the picture, things get murky for government officials, who don’t want to wear unpleasant accusations of religious persecution or anti-church bias.

And those accusations are exactly the sort of pressure being brought to bear on AHS and enforcement officials. Erin Coates, wife of GraceLife’s recently jailed Pastor James Coates, said as much in an Instagram post about the closure, complete with pictures of the chain-link fences:

Now they’ve chained the doors of GraceLife Church enclosing in chain link fence. This is all under guise of a health order. Too bad the Church isn’t a building, it’s a blood bought people — Christ has and will prevail… I pray for all the pastors and Christians that still think this is about a virus and health order. Clearly our Charter and criminal code mean nothing as long as the government can come up with a good enough story to disregard it.

Predictably, people who have bought what Pastor and Mrs. Coates are selling — the idea that the entire pandemic is a pretext for violating their human rights — are angry about the church closures, resulting in a protest hundreds strong outside the closed-down church over the weekend. Demonstrators played hymns, waved signs, and at times even engaged in acts of vandalism and violence. One group tore down some of the newly-installed fencing. (Some protesters later helped put the fence back up.)

A second group crossed the road to land owned by the Enoch Cree Nation, who reported trespassing, vandalism, and attempted assault. Says Chief Billy Morin, whose vehicle was damaged:

Although I respect GraceLife protesters’ right to protest, right to worship, and right to free speech, I strongly condemn their illegal trespassing on our land, their vandalization of a Nation member’s vehicle, and their blatant disrespect of our sovereignty as a proud First Nation.

Who could possibly have predicted that the people agitating against an imagined Christian persecution would vent their anger against an Indigenous community? It stands as one more point in an ever-growing body of evidence linking the Christian martyr narrative and its adherents to white supremacist ideology.

GraceLife Church has released a statement through its legal team from the Justice Centre for Constitutional Freedoms claiming that none of the church’s congregants attended the protest and calling for an end to “these unscientific, unjustified, and arbitrary lockdown measures.”

(Screenshot via YouTube Thanks to Jason for the link)