In 2016, five men came forward to accuse former prison chaplain Gordon William Dominey of abusing them while they were imprisoned at the Edmonton Youth Development Centre between 1985 and 1989.

He died in late 2019. But they’re still living with the consequences of the assaults they experienced under his care.

Can justice be done? 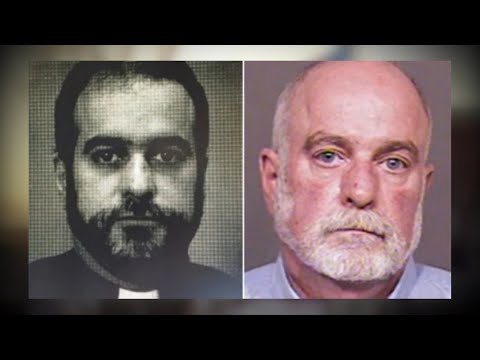 That question is the subject of an intense piece of long-form reporting written by CBC journalist Paige Parsons, remarkable for the uncomfortable look it takes at the long-lasting impact of sexual abuse. Her subjects were between 14- and 17-years-old when the alleged abuse occurred. They report experiencing lifelong shame, isolation, relationship struggles, and other fallout from the trauma.

One plaintiff died of suicide less than three weeks after his police interview. A recording of that conversation is the only way his voice could be heard in court.

In some respects, it’s a story we’ve heard before. Dominey used the trust invested in him as an Anglican priest to get close to troubled boys. Later, several of those boys — now men — testified that Dominey sexually assaulted them during off-grounds excursions and evening swim sessions. As of 2017, when the proposed class action suit was filed, at least 10 claimants had come forward, and criminal charges had been laid for 30 counts of sexual assault and gross indecency. The diocese closed ranks, defending Dominey’s good name on the grounds that no one had ever complained about his conduct before.

The Dominey case is unique, however, because the environment where the young men were abused was a juvenile prison. Prisoners are heavily marginalized. Their accounts of their own experiences are more likely to be disbelieved or discounted, and they lack meaningful control of their circumstances. Although the identities of these particular prisoners have been hidden from the public for privacy reasons, people who are marginalized in other ways are also more likely to end up as prisoners.

Parsons spoke to forensic psychologist Sandy Jung about the likely effects of bias on Dominey’s victims as they’ve moved through the justice system:

It’s harder for other people to believe them. There’s a stigma attached to them being an inmate, someone who is not trustworthy and lacking in credibility… Typically what you’re going to find is that they’re going to have a hard time coping, so they start engaging in things that are really inappropriate, difficult, and sometimes anti-social.

Jung adds that further time spent in a custodial environment like a correctional institution would make a likely PTSD trigger for someone who experienced assault while imprisoned.

The fact that the victims were prisoners has another important impact, though: It makes the Province of Alberta partially liable for the assault. After all, they were the ones who, by installing Dominey as chaplain, gave him the power and access to commit his crimes. And according to the men’s lawyer, Avnish Nanda, the provincial government is working as hard as the church to keep the case from being heard. To date, no judge has been willing to certify the class-action case.

It’s not a bad strategy, if the province cares more about evading responsibility than about justice, because formerly-incarcerated men dealing with intense trauma tend to have money troubles.

None of these individuals have financial means. They’re all struggling and have been struggling since that period of time, since that incident and in many respects because of that incident… It’s disappointing. It puts marginalized folks, folks who have no money, in a very difficult position to hold people accountable for significant harms that they have caused them. For my clients, some of them are losing hope.

As welcome as financial compensation would surely be, at least one complainant has gone on record saying that what he really wants is acknowledgment of his experience. He says he’d also like to see mental health support put in place for victims of abuse to help them overcome the trauma they suffered. Parsons notes that many of the victims are stuck in a cycle of incarceration, unable to heal as long as they continue to move in and out of the prison environment at the root of their traumatic experience.

The piece is not an easy read by any means. The subject matter is rough, and the men at the heart of the case are vulnerable and emotionally raw. But it paints a sharp, clear picture of clergy abuse and its long-term consequences.

With the main defendant dead and the system dragging its feet, Parson’s reporting may be the only justice these men get.

(Thanks to Richard for the link)