With Canada’s federal conversion therapy ban on the fast track to victory, anti-LGBTQ activist Michel Lizotte has decided it’s time to “say out loud what everyone else thinks deep down” about LGBTQ people. What’s more, he seems to genuinely believe he knows what that is. 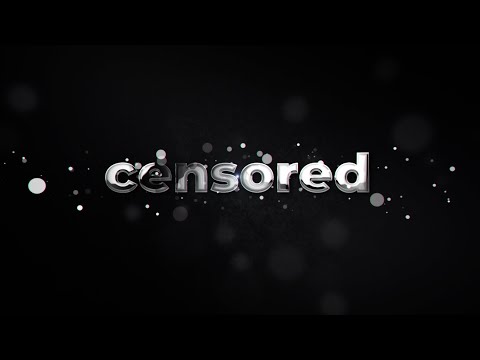 You get what you pay for. Click on the video, choose a random place anywhere in the movie to start watching, and marvel at the idea that someone worked on it for more than a decade and came up with this as their finished product. The production values are astounding… and that’s not a compliment.

A not-insignificant portion of the action feels like a particularly dull PowerPoint presentation: Text appears, riddled with spelling errors, and Lizotte reads it word-for-word out loud. His interview subjects are a somewhat incestuous who’s-who of conversion therapy advocates, but he doesn’t show them in a positive light. Literally. He seems unaware that people on film need particular make-up and lighting to avoid looking waxy and washed-out. The action consists almost exclusively of talking heads; the idea of interspersing interview subjects with action sequences, dramatizations, or even B-roll establishing shots is apparently foreign to Lizotte. The whole thing feels the work of a man who hoped to create a professional-looking project with the absolute minimum possible amount of editing and staging work.

None of that has stopped anti-LGBTQ outlets like LifeSite News from promoting it, which frankly should embarrass them. They’re more than willing to paint Lizotte as a martyr for the cause who has been, as the title of his movie suggests, censored:

The documentary’s writer, director, and host, Michel Lizotte, is an independent journalist from Quebec. He has been researching therapies and the plight of SSA [same-sex attracted] individuals for nearly 20 years…

In 2011, Lizotte was given the NARTH president’s award for his pioneering work in Canada promoting SSA therapy, often at great personal cost. In a recent interview, the author asserted that he had lost his employment about 20 times in the last 20 years, as a result of his efforts to protect the right of people wanting to overcome their SSA to find a competent therapist and sound scientific facts regarding the therapies.

Lizotte wouldn’t know a sound scientific fact if it hit him in the face, which may go a long way towards explaining those jobs he lost. But we certainly wouldn’t want to ignore the kind of unscientific, imprecise thinking that characterizes nearly every minute of his nearly-two-hour movie, most of which he spends characterizing a polite refusal to re-litigate settled science as totalitarianism. (That’s not an exaggeration. The word “totalitarian” is used more than once.)

So what is this massive secret that old data demonstrated but newfangled “politically correct” science won’t let anybody say? According to Lizotte, the medical and scientific establishment believes in sexual fluidity, but they refuse to take the idea to its logical conclusion: that conversion therapy can change a person’s sexual orientation. “It seems to me to defy logic,” argues psychologist Christopher Rosik during an interview, “that sexual attraction fluidity can occur anywhere [except] in the therapist’s office.”

It’s nothing but a straw man. The existence of sexual fluidity in people’s attractions and desires does not imply an ability to control, direct, or change somebody’s orientation by an act of will. Studies that demonstrate shifts in people’s sexual identities over time don’t prove the efficacy of conversion therapy, and they have nothing to say about bringing somebody into therapy with the express goal of changing how they experience attraction.

Lizotte avoids the term “conversion therapy,” preferring to call it “migration therapy” (since people are able to migrate to a new point on the spectrum of sexual attraction). It’s an effort to distance himself from what he believes is a mistaken impression of how such therapy works: It’s not electroshock or aversion therapy, but gentle talk therapy using recognized and proven therapeutic techniques. Surely if people knew that, he contends, they would never call his therapies cruel.

He’s wrong. We know what those methods look like. And no level of gentleness can erase the cruelty of their goals: to reinforce the idea that a queer person is wrong for being queer and to teach them to sublimate or repress their true attractions in favor of less authentic, more socially accepted forms of desire.

This is how you have an argument when you’ve never actually bothered to learn what the other side is saying.

In a half-hearted effort to give the film some kind of emotional core, Lizotte offers up the testimonies of two “success stories” from the annals of conversion therapy, speakers at a 2011 ex-gay conference. The pseudonymous ‘John’ and ‘Christine’ share their stories of gender confusion, turmoil, angst, loneliness, and ultimately redemption and joy after they find Jesus and learn to become ex-gay . . . but their smiles never quite reach their eyes, and there’s a certain discomfort in the way they talk about their relationships now. John gushes on about how his relationships with “best friends” meet his needs for male-male intimacy; of his wife, all he can say is that she’s borne him three children and is “very patient.”

But storytelling isn’t part of Lizotte’s agenda. It is, as LifeSite reminds us, protecting kids from the gay agenda:

[Lizotte’s] main hope for the documentary is that it deliver sound information to young adults and parents of same-sex attracted children, covering all aspects of the debate surrounding same-sex therapies, and cutting through all the hype and poisonous rhetoric emanating from pro-gay media and government circles, in order to enable individuals fighting against SSA, as well as schools and parents dealing with a gender-confused teenager, to make the right choice.

Lizotte spent sixteen years going to the trouble of making a two-hour-long video in the hopes that somewhere, some teenager questioning their gender identity gets forced into a therapy that’s been proven ineffective in making trans people cis. If even one child follows in the footsteps of John, whose parents called him disgusting until he learned to repress his attractions, it will have all been worth it.

He wants us to believe conversion therapy isn’t cruel, but what other conclusion is there?