Three months after saying he’d step away from the pulpit indefinitely after admitting to an inappropriate online relationship with a woman on Instagram, Matt Chandler, pastor of the Village Church in Texas and one of the most well-known megachurch leaders in the country, was back in the pulpit on Sunday.

He didn’t offer any details about why he stepped away. He didn’t say anything about the woman in question (who she was, how they may have been connected, or how she may have been affected by their interactions). He didn’t say what his Christian “rehab” was like or what changes he’s making in his life.

But none of that mattered to his evangelical congregation, who gave him a standing ovation anyway, suggesting to everyone outside their bubble that certain Southern Baptist Convention pastors can always escape accountability..

It’s important to recognize that Chandler has a long history of responding in the worst possible ways to sexual abuse and inappropriate behavior.

In 2012, an 11-year-old girl was allegedly abused at the Village Church’s summer camp. Even though her parents told church leaders about the incident several years later (when they learned about it), Matt Chandler lied to his congregation about the details. He simply said there was an allegation of abuse by a church member but that the unnamed culprit did not have “access to children at the Village Church.” (That was only technically true because the culprit, who was an associate children’s minister, no longer worked there.)

Chandler separately emailed the congregation to say that one of their pastors (the same guy!) was leaving the church due to an “alcohol abuse problem”… without acknowledging the connection between the two stories.

In 2015, Chandler and his colleagues punished a woman who annulled her marriage after finding out her husband was a pedophile… because she didn’t run it by church elders first so they could attempt a reconciliation.

I repeat: They punished her for wanting to get the hell out of that marriage, but they did not punish him because he repented. The husband and wife had been missionaries with the church.

Matt Chandler is also executive chairman of Acts 29, a major evangelical “church planting” network that gives giant wheelbarrows full of cash to men who show promise in starting and leading churches that adhere to a strict conservative interpretation of Christianity.

Earlier this year, Christianity Today‘s Daniel Silliman interviewed Chandler about the state of the ministry and specifically asked if the current organization would have weeded out guys like Driscoll and Timmis. In other words, had Acts 29 modified its training to make sure abusive guys like that weren’t given a platform?

I would hope they would get caught by it. I think there’s something about the dynamics of narcissism that makes it hard to catch, so I want to be careful, but we’re trying to organize as best as we can so that we can vet men before they get our sticker on them. And then after they’ve been vetted, get them in the kind of community that they might be encouraged or challenged if you start getting red flags.

We’ve done a lot of work around this and we hate abuse in all its forms.

As I wrote at the time, saying you hate all abuse is an easy way to ignore the very specific kinds of abuse that often crop up in evangelical churches. Chandler was so desperate not to say anything bad about two objectively horrible guys that he acted like a swing-state Republican who has to defend Donald Trump in an interview. Instead of telling the truth, he spoke in useless generalities. (Also, narcissism isn’t the problem. It’s a lack of accountability.)

Multiple times, Chandler had the opportunity to condemn abuse. Instead, he defended the abusers or at least shielded them from well-deserved criticism.

Matt Chandler finally became the subject of wrong-doing in September. At the time, he told his congregation that a woman recently approached him because she had “concerns” about Instagram DMs he was sending her friend. Those DMs, he told the congregation, were not “romantic or sexual,” but they were “unguarded and unwise” to the point that they were “revealing some unhealth in me.”

If you’re wondering what any of that means… join the club. “Unhealth” could mean just about anything. Was it flirtatious? Was he being a jerk? Who initiated the conversation? NO ONE KNOWS. But the messages were apparently scandalous enough that Chandler had to be removed from the pulpit (21:57 mark below): 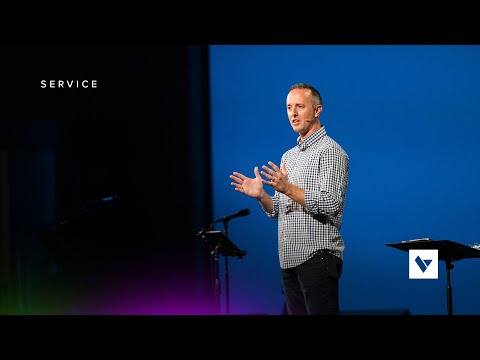 Christianity Today pointed out at the time:

Chandler grew emotional as he addressed the church and paused to fight back tears. At one point someone in the congregation shouted, “We love you.”

The biggest embarrassment was the Infantilization of a grown-ass man. If this was innocent banter that crossed a line, then it’s a matter that could’ve been handled privately. There was no need for public shaming or temporary banishment.

If it was something more serious—and it clearly seemed to be—then the church had an obligation to tell the congregation what the hell he did. Why are these people so damn secretive about everything? When has that approach ever worked for them?!

This is typical of the Southern Baptist Convention. We have recently learned that over the previous decade, more than 250 SBC staffers or volunteers have been “charged with sex crimes” against more than 700 victims. We also learned in the SBC’s own investigation that a private list of alleged predators (that wasn’t shared with member churches) included “703 abusers, with 409 believed to be SBC-affiliated.” The situation is so bad that the Department of Justice is now investigating “multiple SBC entities,” but not specific individuals, about their mishandling of sexual abuse cases. Just last week, former SBC president Johnny Hunt, who allegedly sexually assaulted a woman a month after stepping down from his post, was given the okay to return to professional ministry.

Here, now, is a situation where a powerful evangelical leader is caught up in some kind of scandal that doesn’t rise to the level of physical sexual abuse, but may be emotionally or spiritually abusive, and yet even now, Chandler’s colleagues refuse to explain the problem or their process of rehabilitation.

Why should anyone trust that they’re handling this properly?

Apparently, that’s only a question people outside the church are asking, because the people inside the building don’t give a damn about women.

On Sunday, when Chandler stepped back on stage, he received a standing ovation despite his complete lack of remorse:

… if, in my foolishness, I created any more weight on you or made this any more difficult on you, please forgive me.

I said on [August] the 28th that, really, the situation disoriented me. It scared me. I’m a man who’s very serious about his life and doctrine, and that I didn’t see what I didn’t see really was disorienting to me. And I said I needed to understand that. It revealed some “unhealth” in me. And so the elders’ care plan involved a couple of intensives, and I actually went—even got a neurological exam. I don’t know if you were around for that, but I actually don’t have a right frontal lobe. I had a tumor taken out 13 years ago, and radiation, and all that, so we needed like, “Hey, is there something wrong with my brain?”

And that’s the work I’ve been doing over the last three months. Some intensives with some experts and then, is my brain okay? And I don’t… I don’t have, like, here the eight takeaways…

I’m not a neurologist, but I have no clue what the removal of a tumor nearly a decade ago has to do with messaging a woman online or ignoring sexual abuse in the church you lead today. Either Chandler can do his job or he can’t. What changed between three months ago and now? The status of his right frontal lobe is presumably no different. So what did he do? What are these “intensives”? Who is he apologizing to? Anyone?

Actually, we do know a little bit about what Chandler’s been up to over the past few months:

According to posts on Instagram, Chandler spent some time at a men’s summit led by pastor Jim Burgen, who wrote a book about deliverance from bad choices.

In October, Chandler attended an Acts 29 gala and spoke on the opening night. Later that month, he wrote about spending time at a river cabin, going for walks, practicing jiu-jitsu, and praying the words of Psalm 27, “that I may dwell in the house of the Lord all the days of my life.”

In November, Chandler went elk hunting in Colorado, on a trip arranged by Burgen. He posted a picture of himself in camo in the snow with a rifle slug over his shoulder.

“We spent hours talking about Jesus, marriage, kids and the dark things that can plague men,” Chandler wrote. More than 10,000 people liked the Instagram post and several commentators said they were eager to see him return to ministry.

I, too, love dealing with my demons by going on vacation.

These people have learned absolutely nothing from the past several years. The congregation still doesn’t care about abuse. The elders still want to cover up anything that makes them look bad. And Chandler doesn’t have the moral courage to tell the truth.

Just look at how Chandler was introduced before he took the stage:

Lead pastor Josh Patterson told the congregation that Chandler was disciplined because the church holds its leaders to “a higher standard.”

He said that after a three-months leave and a discipline and development process, the elders were affirming Chandler’s restoration without any second thoughts. Chandler’s return, he said, reminded him of when an athlete comes back after knee surgery.

“That athlete steps back on the field maybe with a little bit of timidity, saying, ‘Is the knee good?’” he told the church. Then he turned to Chandler: “Brother, the knee’s good. Run.”

Naturally, he chose an analogy that focuses on the athlete and no one else. Because Patterson doesn’t give a damn about women either.

We cannot assess whether the church went too far or didn’t go far enough without knowing the true nature of the Instagram conversations between Matt Chandler and the woman. Given his track record, though, the public would be wise to assume the worst. He hasn’t earned the benefit of the doubt.