The Boston City Council used to pay clergy members to deliver an invocation at their meetings and only stopped the practice after The Satanic Temple requested the same opportunity.

That pay-to-pray revelation came during a deposition of Christine O’Donnell, Boston City Council Compliance Director and Staff Counsel, late last week as part of a lawsuit the Satanists filed against the city in early 2021.

The backstory here is that twice, in 2016 and 2017, The Satanic Temple’s Boston chapter formally asked the city council if their members could deliver an invocation at meetings. It seemed like a fair request, given that the city’s unwritten rules allowed council members, on a rotating basis, to select community members to give those opening remarks. No council member, however, stepped up to give Satanists that opportunity.

The Satanists argued in their lawsuit that Boston’s invocation practices discriminated against people who held unpopular religious beliefs. The lawsuit noted that, between 2011 and 2017, there were 233 invocations, disproportionately awarded to Christians, Muslims, and Jews. None of them were given by “Wiccans, other Pagans, and Native Americans.”

The Satanists want the courts to declare Boston’s “prayer scheme” unconstitutional. They also want to “bless the Council’s meeting within two weeks” of any ruling in their favor. The whole thing boils down to a question of whether Boston really has an all-inclusive method when it comes to choosing who’s giving invocations. They say they do. Satanists say they don’t.

On Thursday, O’Donnell sat for a deposition in the matter. In addition to testifying that city funds were used to pay invocation speakers—usually people whom the council members knew personally—she also said that the practice ended when Satanists attempted to join the invocation rotation. 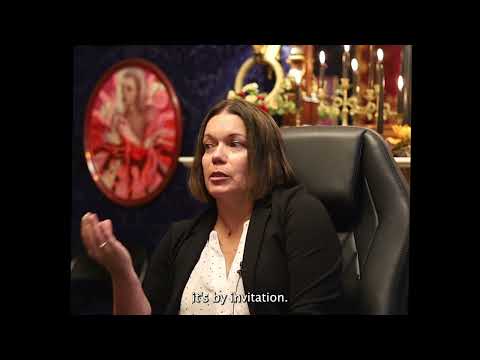 Notice that she didn’t say the payments ended because of the Satanists… though it’s hard to imagine the timing was purely coincidental. She merely said the city council decided it would be “best practice to stop the stipend.”

TST spokesperson Lucien Greaves is shouting this one from the rooftops:

According to Greaves, “Boston has maintained that the forum for religious prayers preceding city council meetings is only available to people with personal relationships to council members. It is bad enough that Boston has doubled down on the nonsensical idea of a ‘non-discriminatory invitation-only policy,’ but now we learn that this policy has, up till recently, allowed city council members to hand out public funds to their friends. This boldly corrupt ‘pray-for-pay’ scheme isn’t only reprehensible but it is also clearly unconstitutional. Discontinuing the payments to their friends does nothing to mitigate the flagrant religious discrimination that is inherent in an invitation-only policy which allows the city council to pick which religious voices they will allow having to have a public voice.”

While the payments aren’t relevant to the bigger constitutional issue here, it just makes the entire scheme so much worse. The worst case scenario version of this is that the city of Boston found a legal way to hand taxpayer dollars to Christian preachers and only stopped the practice because they didn’t want any money going to Satanists. The best case scenario involves a whole bunch of very incompetent public officials whose decision to inject religion into their meetings opened the door to even more unnecessarily boneheaded actions.

The irony in all this is that Boston has been in the news this summer for another church/state separation case, and in that situation, they were on the other side of the issue. Years ago, Boston rejected a request to fly an explicitly Christian flag outside City Hall because they wanted to avoid the appearance of government endorsement of religion. The Supreme Court ruled in May, unfortunately, that Boston had no right to reject that request. If they allowed flags to fly at all, they couldn’t say no to anyone on the basis of religion, the SCOTUS majority argued. (The city has since changed its policy, requiring any group that wants to fly its flag to have either a proclamation from the mayor or a resolution from the city council.)

The point is: Boston knows what church/state separation looks like. It’s bizarre that, not long ago, they were literally paying clergy members to give invocations at meetings, a practice that shouldn’t have been happening in the first place.